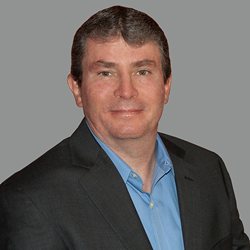 Ottawa, IL – January 28, 2014 – B+B SmartWorx announced today that its M2M systems development engineering manager and wireless industry expert, Bill Conley, was selected to serve on the Wireless Design & Development Magazine’s (http://www.wirelessdesignmag.com) Editorial Advisory Board. The Advisory Board’s role is to help the magazine recognize the ongoing trends within the industry, and keep it on the forefront of critical issues that wireless design engineers continue to face.

“Bill was chosen for his leadership position in the wireless design industry, his extensive wireless background, and for his position with oneM2M,” said Meaghan Ziemba, editor of Wireless Design & Development. “As an electrical engineer who’s been part of the industrial wireless industry since its infancy, he has deep technical expertise, but he also offers a unique, visionary perspective of the industry. It has been a pleasure working with him on our video interview series called the HotSeat.” Mr. Conley was featured in HotSeat Episode 9, Device Certification, and Episode 3, Rugged WSNs for Harsh Environments.

Mr. Conley was tapped in January 2013 by the Telecommunications Industry Association (TIA) to participate as a TIA delegate on oneM2M (http://www.onem2m.org/) — a global partnership addressing the need for a standardized approach to machine-to-machine (M2M) connectivity promoting interoperability across vertical industries and networks. Mr. Conley’s TIA 2012 presentation on the need to simplify the cellular network certification process prompted his oneM2M delegate nomination.

Mr. Conley is a frequent author and speaker, with conference speaking engagements in 2013 at Remote, ISA Automation Week, Sensors Expo and M2M Evolution. He will also speak at Sensors Expo 2014.

Conley’s Industrial Wireless Background Dates to the Beginning of the Industry:
Starting his career in 1987 as an embedded design engineer, Mr. Conley and his initial designs contributed to the birth of the industrial wireless industry. Using licensed radio, which was the only option to transmit wireless data back in the 1980s, Mr. Conley designed SCADA and microcontroller-based telemetry solutions for remote monitoring and control systems – the forerunners of today’s M2M or Internet of Things applications.

He was one of the first to design wireless analog P2P (peer-to-peer) and P2MP (peer-to-multi-peer) systems that could wirelessly transmit analog and digital I/O bi-directionally, an invention that earned Conley the “Most Innovative” Award at the 2002 Sensors Expo. He was also one of the first to embed Modbus RTU into a wireless device to create a wire replacement solution that could eliminate 4,000 ft of wire. Conley holds 4 patents in the industrial wireless field.

“I was in wireless before it was cool,” said Conley, “and I’d be a multi-millionaire if I had a dollar for everyone who told me wireless would never fly. It has been amazing to watch the industry unfold, participating in the beginning methods of reliably sending data from point to point, and in the birth of wireless protocols such as Wi-Fi, ISM (Industrial, Scientific, Medical) bands and Zigbee,” he continued. Before joining B+B SmartWorx in 2006, Mr. Conley owned several technology and consulting companies.

Mr. Conley also has a parallel career as a reserve Deputy Sheriff where he has served his community in Southern Arizona for more than 20 years. On the job here, his wireless networking expertise is important as well. Wireless cellular routers (the same routers Mr. Conley designs for B+B SmartWorx) are used to network the department’s patrol cars’ mobile equipment – Mobile Data Terminals (MDT), fingerprint scanners, video cameras, ticket printers, radar guns and driver’s license readers – connecting them all to the processing facility over the cellular telephone network.