But none of these tactics make sense if implementing them could lead to overheated equipment and equipment failures. They’ll only succeed if they can work in tandem with a low power sensor system that can track ambient temperatures throughout the data center and help the controlling software manage the cooling equipment efficiently.

But installing sensors presents some challenges. Putting in a wired sensor network will have high labor costs. Installing wireless sensors wouldn’t have the same labor costs, but data centers are a notoriously difficult RF environment for most wireless technologies. The large numbers of reflective surfaces cause too much multipath fading.

Wireless IEEE 802.15.4e mesh networks deal with multipath fading by giving every node on the network routing and channel hopping capabilities. Any node on a mesh network can receive data from any other node that is within range, and transmit data to any other network node that is within range. Nodes can find multiple routes to the gateway. If one path to the network gateway fails, the network nodes will simply reroute through another. If one RF channel isn’t working, the nodes will use another. Devices can be transmitted over long distances by passing data through intermediate devices to reach more distant ones, and every node can communicate with the network gateway, either directly or through other network nodes. This technique gives the network five nines uptime and makes it highly scalable.

Once the data is provided to your controlling computer, or to your cloud application on the Internet, your software can turn individual chillers and other cooling equipment on or off as needed. The energy savings add up quickly, and you don’t have to put your servers at risk. 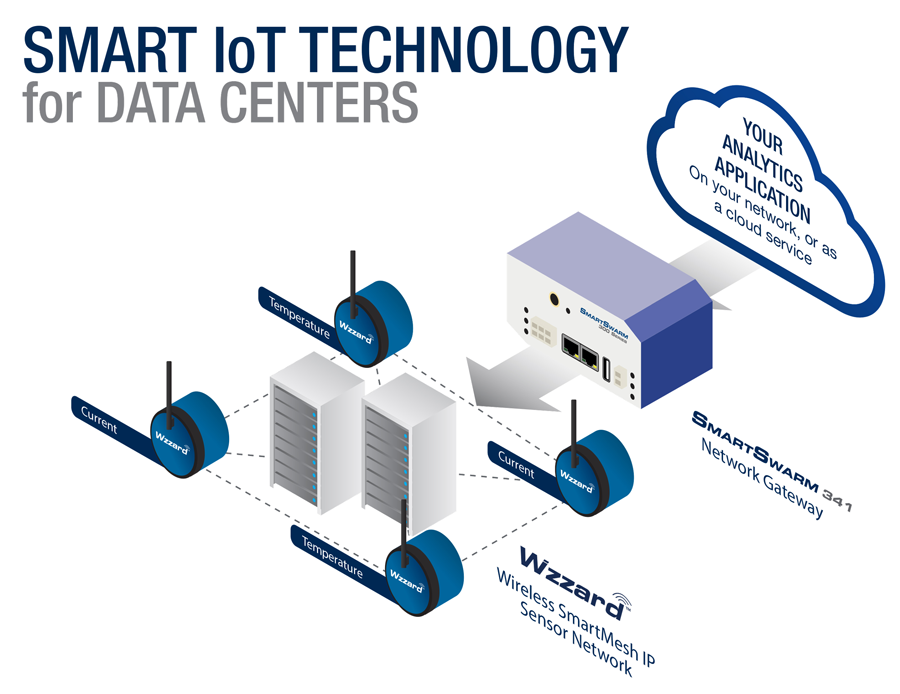