It’s estimated that as much as 50 percent of irrigation water is wasted due to evaporation or runoff. This happens because most irrigation systems still rely upon simple timers. But thanks to a few Internet of Things technologies there is now a better way.

“Smart” irrigation systems can now monitor soil conditions in real time with low power, wireless sensor networks. The wireless sensor networks report the data to a central network gateway, and the network gateway sends the data to your computer. If you are using Internet cloud applications your gateway can send the data there as well. The most useful gateways have the ability to connect via both wired and cellular data connections, so that you can position them just about anywhere.

Your software, whether it’s on your local computer or part of a cloud service in the Internet, can then combine your data with third party inputs like weather reports from national weather services. That lets your system make intelligent decisions about where and when to release water, and in what quantities. If no rain was predicted the system could decide to release water immediately. But if rain was in the forecast the system could wait, measure the results, and recalculate.

There’s no need to discard your existing pipes and pumps, of course. Adding a bit of Internet of Things tech to the mix doesn’t make your existing equipment obsolete; it just makes it smarter. 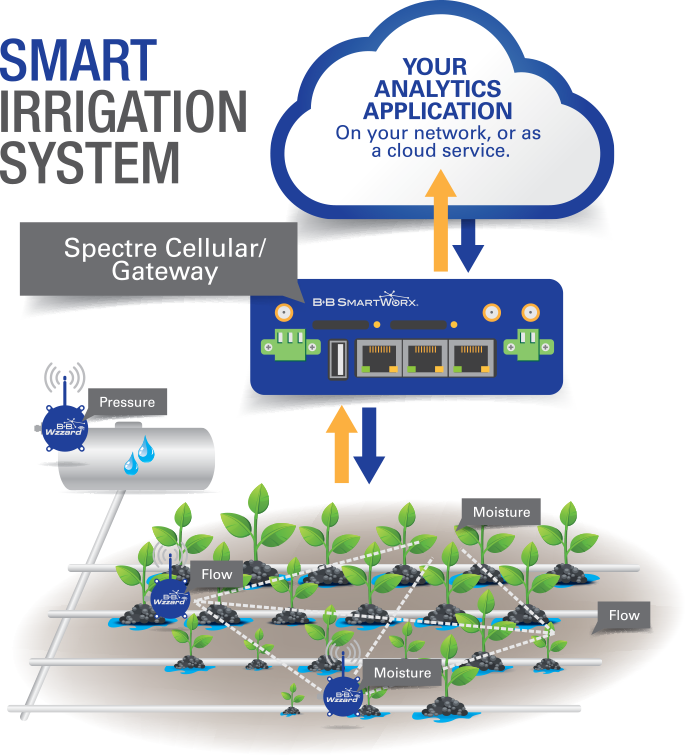