Parking systems can run up a lot of unnecessary expenses. Illumination should only be provided in areas where humans are actually present. Power-hungry ventilation fans should shut down when vehicle emissions are well within safe levels. Running power and data lines to every sensor in the system is rarely going to be the optimal network topology.

What if you could resolve these problems with some smart Internet of Things technologies?

Consider sensors, such as gas detectors, which only need to report to the network when specified parameters are exceeded. Their bandwidth and power needs are quite small. If they’re smart enough to know when to report and when to sleep, there’s no reason they can’t be battery-powered and wireless. That opens the door to some intriguing possibilities.

The most useful network gateways can connect to your computer, or to your cloud applications on the Internet, via both wired and cellular data connections. That means you can put your gateways just about anywhere. Parking system network gateways are often placed at locations like entrances and exits. There they can connect to the wireless mesh network as well as nearby wired devices like security cameras, card readers and digital signage. The gateway then connects the entire system to your controlling software, whether your software is on your computer or up in the cloud. Thanks to VPN tunneling, even cellular data connections are as secure as proprietary infrastructure. 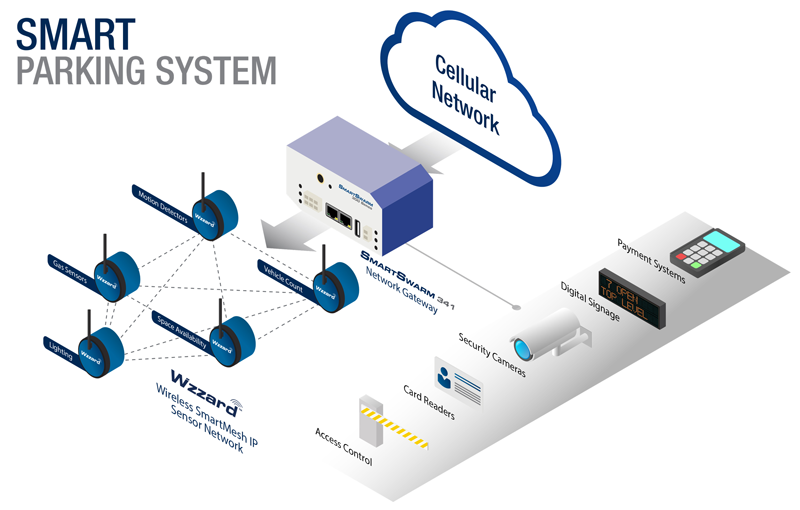