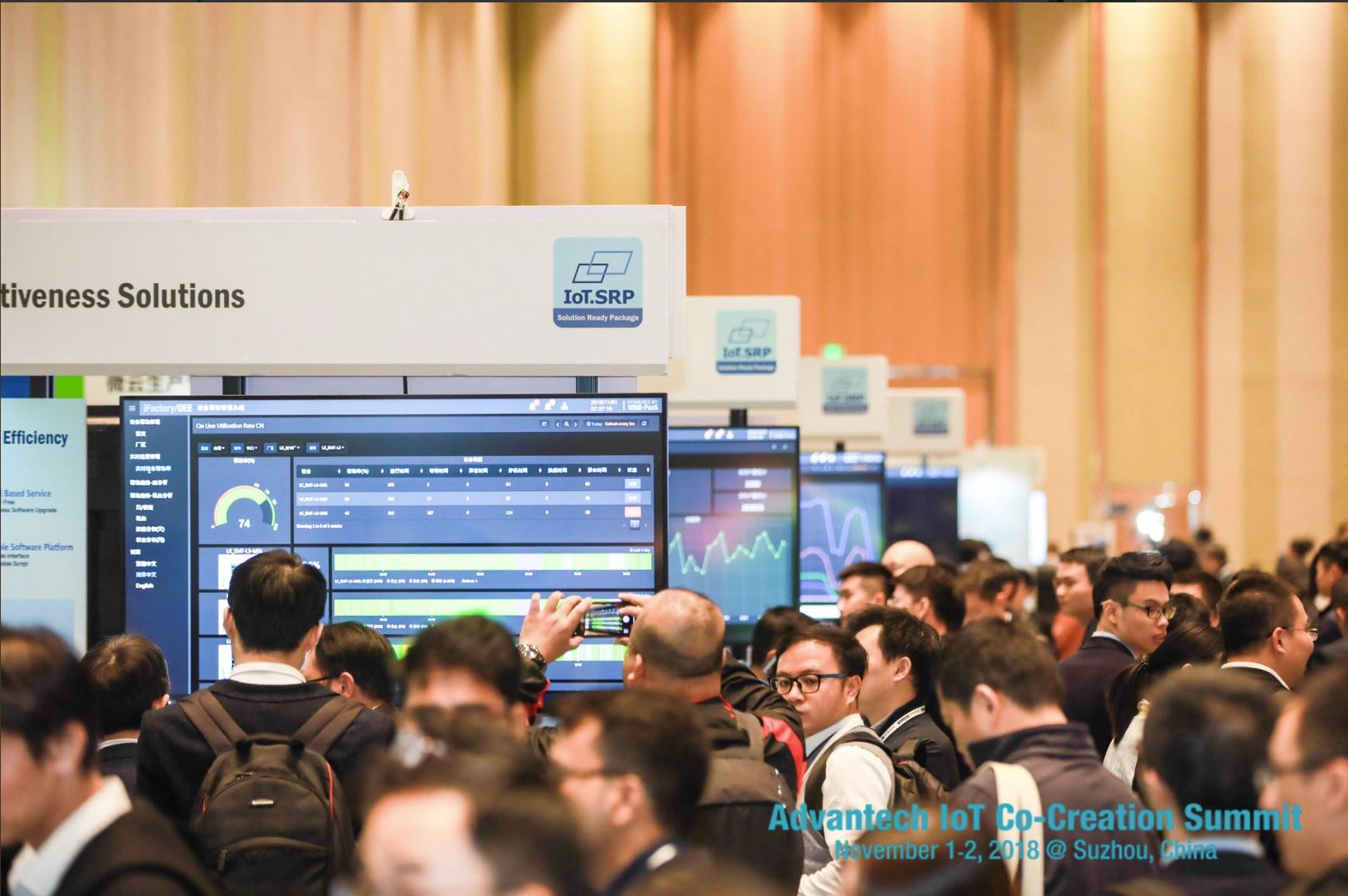 I’m tired, but still a bit too jazzed to sleep as I’m six hours into the 14 hour Shanghai to Chicago flight home from our first global co-creation summit held in Suzhou, China. I had a lot of company in China with more than 5,500 partners, customers and other Advantechers participating in the summit. The theme was co-creation.

Co-creation is a powerful term that I believe defines the solutions development model of the next decade. It recognizes that developing Internet of Things (IoT) solutions isn’t something any company does solo— it takes a mix of partners and technologies.

Now that’s not really a new revelation—many, including myself, have talked about “ecosystem partners” for years. But it is a fuzzy term, with many ecosystem partnerships being nothing more than logo-swaps and “Barney” relationships. (I’ll apologize now for planting the Barney song in your head).

Co-creation, on the other hand, is the “action-verb” version of those partnerships and it was nicely demonstrated in Suzhou. Dozens of partners showcased solutions leveraging hardware and software from Advantech and others, along with deep domain expertise to co-create true end-to-end solutions. Combining leading technologies with end-market expertise, it leads to incredible applications and fast time-to-market.

China continues to be a fascinating place—a strange paradigm between new and old, with periodic reminders of the government’s role.

Each morning I enjoyed a 1+ mile walk from my hotel, along the shore of Jinji Lake. This region is full of gleaming skyscrapers and modern architecture, yet it’s devoid of people. Imagine strolling down the lakeshore trail alone on Lake Shore Drive in Chicago. It’s 8 a.m. on a 70 degree morning and you don’t see any people. Beautiful walk, but a bit of an eerie feeling. The Suzhou region itself has a population of more than 10 million, but this particular area has been (lavishly) built out a bit ahead of its time.

On the flight over I listened to a podcast about the Social Credit System being rolled out in China. In the U.S. we’re pretty comfortable with the concept of financial credit scores, but China is taking it to an entirely different level. Spooky enough, but I couldn’t help but wonder if it’s really unique to China or does it reflect a more global trend enabled by a digital life? Curious? Google it (unless you’re in China, where Google is blocked).

Beyond the social implications, the Social Credit System raises a lot of technology curiosity. This is big data, edge intelligence and artificial intelligence at its best, or worst. We’re not just talking about integrating databases here, but also using other inputs mixed within an array of high tech analytics. I was in a meeting with one of the biggest technology companies in the world and someone mentioned “cameras as the ultimate sensor” – which I almost agree with. People are the ultimate sensor, cameras may well be No. 2.

Winding down after this energizing trip, I’m sketching out plans to embrace the co-creation model, working more closely than ever with partners and customers to enable and accelerate their journeys towards connected products.