Condition Based Monitoring for Industrial Systems 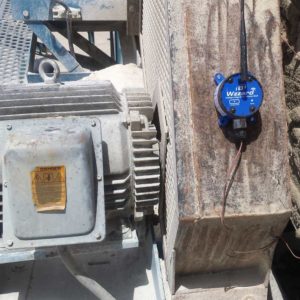 A large construction aggregate plant operates 10 high horsepower Secondary Crusher Drive Motors and associated conveyor belts, producing 600 tons of product per hour. All heavy equipment requires maintenance, but the aggregate producer’s costs were greatly magnified any time that the necessary maintenance was unplanned and unscheduled. The product must be supplied to the customers on a tight time schedule to fulfill contracts, avoid penalties, and prevent the loss of future business. Furthermore, a sudden failure in one of the drive motors would cause rock to pile up in unwanted locations, extending the downtime and increasing the costs.

Clearly, preventative maintenance was preferable to unexpected failures. So, twice each year, the company brought in an outside vendor to attach sensors to the motors, do vibration studies, measure bearing temperatures and attempt to assess the health of the motors. But that wasn’t enough. Unexpected breakdowns continued to occur. The aggregate producer decided to upgrade to a Condition Based Monitoring (CBM) sensor system that could continually monitor the motors in real time, apply data analytics to detect changes in motor behavior before they developed into major problems, and alert maintenance staff via email or text, anywhere they happened to be.

A wired sensor network would have been cost prohibitive. An aggregate plant has numerous heavy vehicles moving around, so any cabling would have to be protected. But the plant covers 400 acres, and the cable would have to be trenched to numerous locations. Cable wasn’t going to work. The aggregate producer needed a wireless solution.

B+B installed the wireless Wzzard Intelligent Sensing Platform. First, each of the company’s was equipped with three industry standard sensors: current draw, vibration and temperature. Changes in any of these parameters can be an early indicator of future problems. Each motor was then provided with a single Wzzard Intelligent Edge node, as each Wzzard node can connect up to three sensors. The Wzzard nodes then used wireless mesh networking to publish the sensor data to a network gateway. The gateway then sent the data to the
monitoring application.

Two additional Wzzard nodes were also installed, to provide data routing support and ensure that the mesh network was robust enough to provided reliable, five nines (99.999 percent) up-time and connectivity, even though the environment included many large metal surfaces. 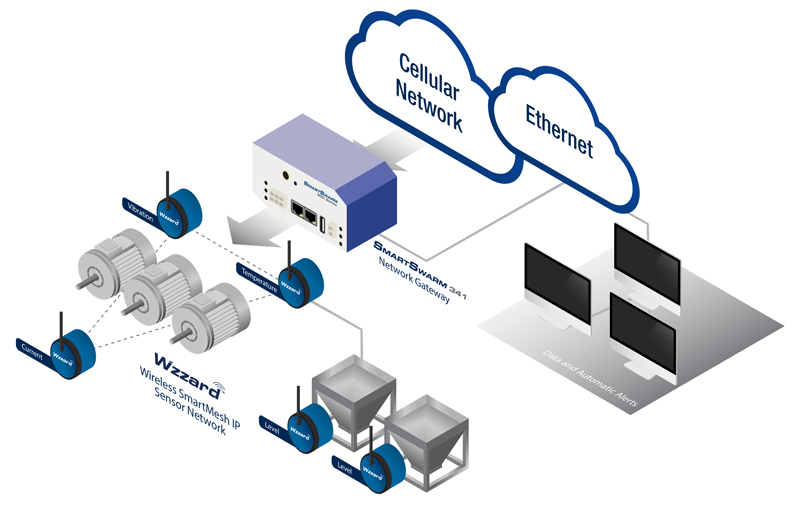