Explains how collaborative autonomous smart systems (CASS) will increasingly make decisions and act on intelligence gained from each other with little or no human supervision. 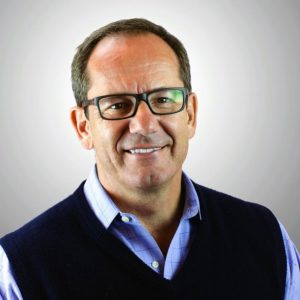 Ottawa, IL – B+B SmartWorx, a developer of mission-critical network connectivity solutions, has announced that the company’s advisor and board member, Fred Thiel, is a featured speaker at the Internet of Things Applications conference, November 19 – 20 in Santa Clara, California, produced by international research firm IDTechEx. Mr. Thiel will speak at 12:05 November 20, on “The Emerging New World of Intelligent Things and Collaborative Autonomous Smart Systems.”

“News stories about the Internet of Things (IoT) tend to focus on the consumer IoT where wearable tech and smart home appliances interact with people to make their lives easier and help them monitor their health,” said Thiel. “The focus is on the human experience and human interactions with machines.”

Thiel explained that beyond the human and consumer worlds, the larger and more complex industrial IoT will have different goals. It will work towards a world of connected intelligence, and SWARM intelligence which takes connected intelligence to the next level, where smart machines and systems collaborate, inform and make decisions on the intelligence gained from each other with little or no human supervision. These Collaborative Autonomous Smart Systems (CASS) will eventually control our transportation, our buildings, our living environments, our security, our food production, our supply chains, our factories and our leisure.

To explain CASS, Thiel will use several consumer-oriented examples. Google-owned Nest’s Learning Thermostat is predictive, cognitive, and adaptive, “learning” from its owner’s behavior, factoring in local weather data, and then reprograming itself to operate autonomously. “You get Collaborative Autonomous Smart Systems when the HVAC communicates with the security, lighting and other smart home systems, sharing their telemetry data, and controlling each other’s ‘Things’,” he continued.

Mr. Thiel will address the same concepts of CASS and the unique connectivity concepts around SWARM intelligence at Crossfire Media’s Fog Computing conference. The panel discussion, “Enhancing Business Decisions through the Data Fabric of the IoT,” with fellow panelists from Raco Wireless and RethinkDB, will be at 9am on November 20 in San Jose, California.