Installing IP Cameras More Than 100 Meters from the Closest Network

Many applications require the installation of IP Cameras that are more than 100 meters away from the closest networked Ethernet switch.

How can this be accomplished?

While Ethernet has a physical limit of 100 meters, the VDSL2 extenders allow for much longer distances. Ethernet extenders create a bridge for the Ethernet traffic that allows two or more Ethernet devices to be connected at distances greater than 100 meters.

What about an IP Cameras powered by PoE? There are options for that, too. The concept is the same: extension over copper or coaxial cable; however with the right Ethernet extender, PoE devices can receive their power directly from the extender. There is also an option for the Master Extender to power the Remote Extender via Power over VDSL (PoVDSL). 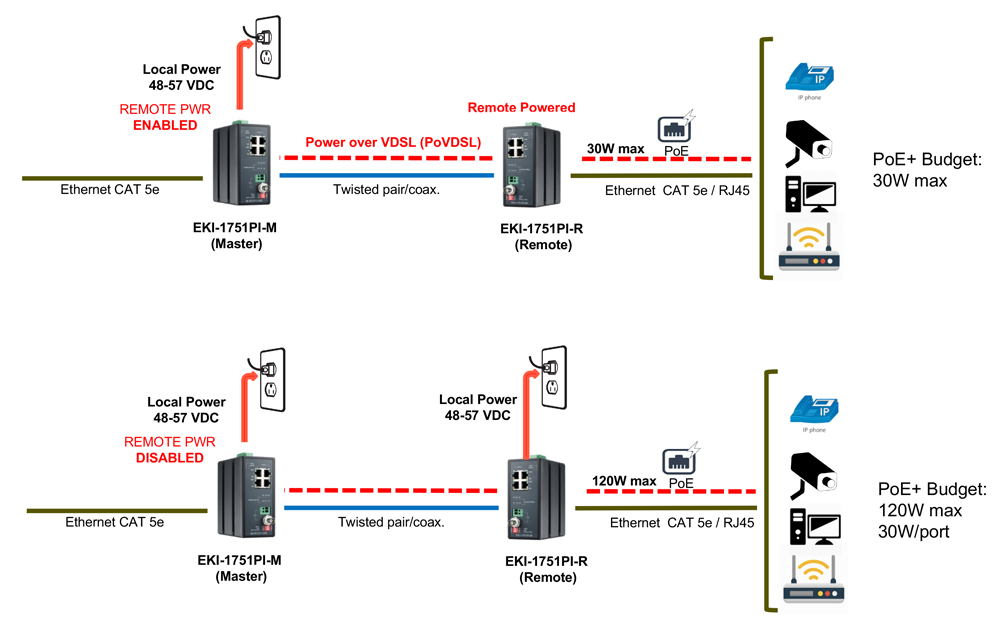